An atom which contains three different charged particles and one is proton, electron, and neutron. In this proton and neutron will be inside of an atom’s nucleus and the electron revolves atom’s nucleus with specified orbit. Here electron contains the negative charge, the proton contains positive charge and the neutron do not have such charges. The number of proton and electron is always equal and opposite charges.

How to identify the electron number?

Refer below-mentioned table. Which is the atomic number in the table? Here the numerical number indicates the total number of electron in a single atom. 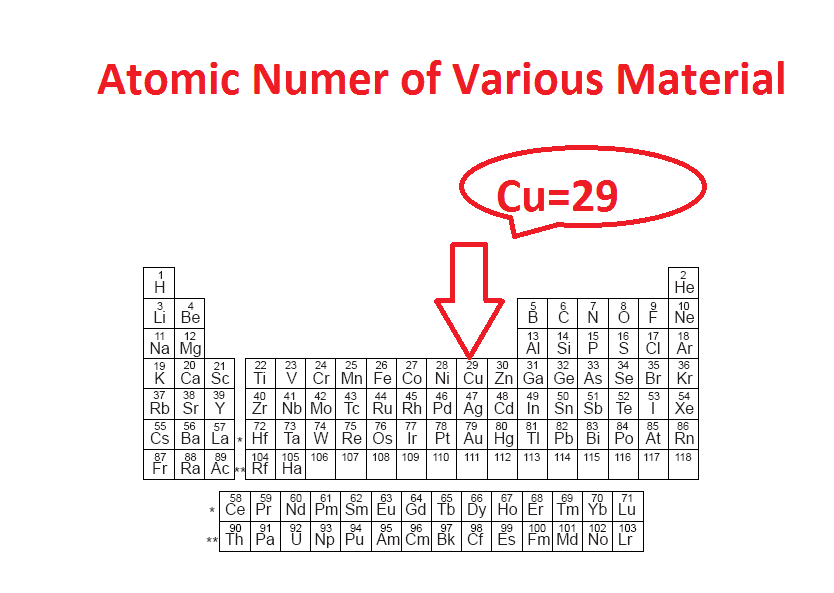 Note: The Number of electrons is always equal to the number of protons.

[wp_ad_camp_1]
Here the electron in the outmost orbit of an atom known as valence electron. This is the electron which determines the material chemical property such as conductor or insulator or semiconductor. Also it has less attraction with a nucleus so that a small external energy is applied to these atoms, the outmost electron gets detached or removed from the parent atom. Also they are free to move one atom to another atom. This electron is known as free electron which creates current flow in a conductor.

For the copper atom, a small heat energy at ordinary room temperature is enough to remove a vast number of the weekly held valance electron. Due to this, the copper has the larger number of free electron and it makes good conductor for electricity. Based on room temperature availability all the materials are classified into three categories

Learn More:   What is Through Fault