Enter the total number of hours usage, LED bulb wattage and price per unit, then press the calculate button to get the Total power consumption of the LED Bulb.

By default, you can get the value of 9 Watt LED bulb power consumption, electricity cost per day, per hour per month and per year. You can change the wattage.

Reset button removes the value in the field and set into default values.

LED bulb is nothing but Light-Emitting diode.  LEDs give better efficiency and long life as compared with the CFL bulbs with respect to cost and energy savings. By average LED provide 80-90 Lumens per watt which is equivalent to 5 times of incandescent lamps (16 lumens/Watt). Typically to get 900 lumens we can use only 10 Watts instead of 60 Watts incandescent lamps. Hence we get the net energy saving of 50 Watts.

By annually you get 432 Unit (kWh) as net saving from LED bulbs.

Let see how to calculate the LED bulb power consumption.

The same way you can calculate per day and per year power consumption.

Also, the price will be declared by the government on per unit or kWh (kilo Watt hour) basis only.

In a few years ago India has started to rebate on LED bulbs. Therefore, the usage of LED bulbs become is increasing day by day.

However, the cost is a major impact of buying lighting products correct? To reduce the cost, the manufactures reducing the quality and life span of the LED bulbs.

Let us take a few examples of LED power savings,

As per Norms, your LED consumes 10 Watts Per hour.

If you are living in Tamilnadu state means, up to 100 units your electricity bill is zero. hence you do not need to pay one rupee for your 10 Watts LED.

Converting into units 86.7 units per year.

Converting into units 48.18 units per year is the yearly consumption of 5 watts LED bulbs.

Converting into units 9.63 units per year is the yearly consumption of 0 watts LED bulbs.

Converting into units 4.81 units per year is the yearly consumption of 0.5 watts LED bulbs.

What is LED Video: 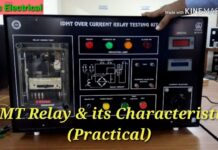