Kirchhoff’s Law is one of the Popular electrical and electronic circuit law next to ohm’s law. Every electrical and electronic student must know this law. These laws are invented by German physicist Gustav Robert Kirchhoff on 1824-1887. These are valid for the circuit’s components such as active components (current sources, voltage sources, and others) and passive components (resistor, inductor, capacitor, etc). Two of Kirchhoff’s laws are

Let consider a network, which is having three resistor R1, R2 and R3, the current flowing through the resistors in the same order as I1, I2, and I3. Three resistors are joined at node A. In this circuit, current I1, I3 are entering into the node A and current I2 is leaving from node A. Hence the current entering the node I1 and I3 we should consider as the positive sign and Current I2 as the negative sign.
[wp_ad_camp_1] 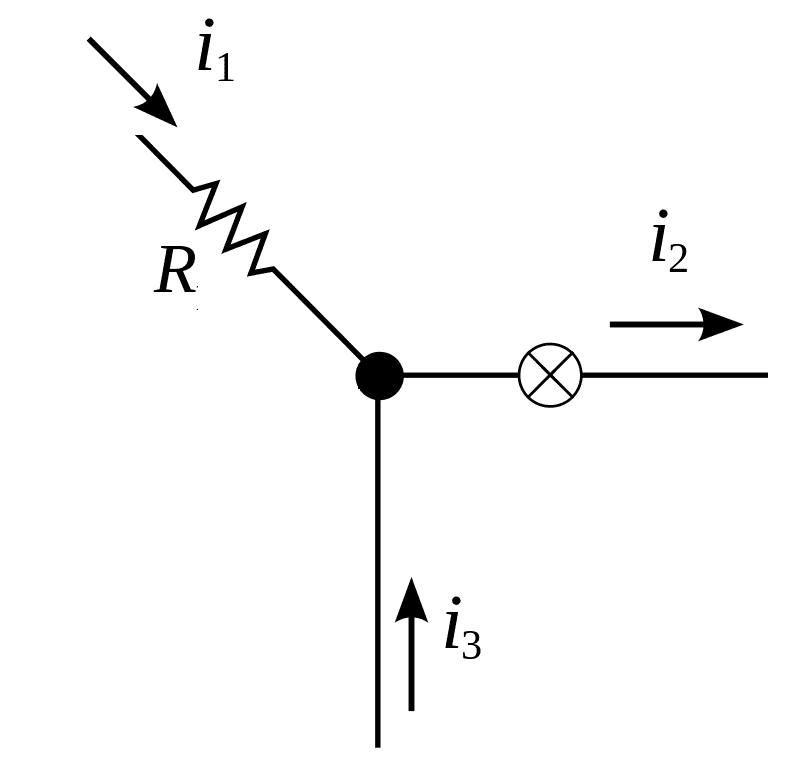 Apply KCl to the network. Unknown Current I and 5 Amps are entering the node the same get positive sign +I and +5 Amps, 1 Amps and 3 Amps are leaving from the node A and the same gets negative -1 and -3 Amps. Apply KCL to the Node A,

KVL stats the algebraic sum of voltages in the closed loop is equal to zero. Consider four voltage sources or four elements and the voltage across each element V1, V2, V3, and V4 are connected in the closed loop. Current I is the current flowing through the circuit. Please refer to the circuit diagram. 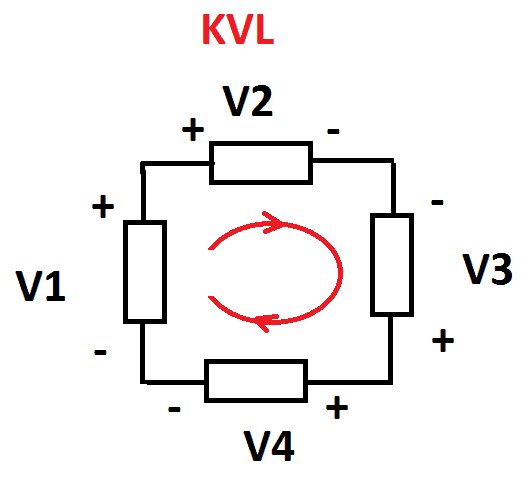 Find the current flowing through the resistor and voltage drop across the resistor.
[wp_ad_camp_1] I= current flowing in the circuit

V= Voltage across the resistor

Hence the current through the circuit: